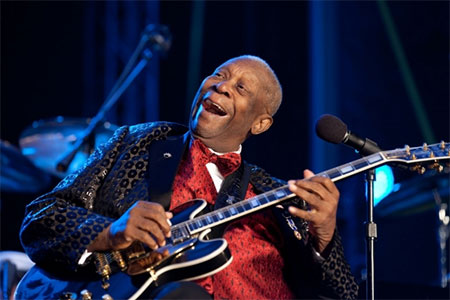 Today (Sep 16, 2013) is B.B. King’s 88th birthday. Other than being one of history’s greatest musicians and a definite candidate for the world’s most influential guitarist of all time, Mr. King is also one of my own private guitar heroes. I learned some of the most important things I know about rock and blues guitar by trying to imitate his playing, his style, his ideas and his legendary sound. To this day, every once in a while, I’ll put on a random B.B. King song and pick up a few new licks. His playing inspires me and his licks are always a great addition to my musical vocabulary – or anyone else’s, for that matter.

It’s amazing to think about the generations of guitarists that B.B. King’s music helped to create. His unique string bends and ground breaking use of chord shapes and combined pentatonic scales, can be heard on most guitar solos ever recorded. All of blues and rock’s best of the best – from Jimi Hendrix to John Mayer – were influenced by The King. He is one of the reasons the electric guitar sounds the way it does today and one of the biggest contributors to guitar playing ever. B.B. King is one of those rare souls that touched the lives of millions and made them better – and how many people can say that about themselves?

B.B. King is also one of the most passionate artists out there, still touring at the age of 88! The blues legend is scheduled to play more than 25 live shows by the end of the year, which is a lot for any performing artist – but a whole lot more for an artist who’s 90th birthday is just around the corner. I fully intend to be at one of those shows, and I hope that you do, too.

Happy Birthday, B.B. King! Thank you for all of your wonderful music and for teaching all of us so very much. May you have many more years of superb guitar playing ahead of you – for your sake, and ours.

SUBSCRIBE TO MY NEWSLETTER
Subscribe
×
Get updates on promotions, discounts and new services and stay up to date with current guitar trends. I never send more than one email a month, so you don't have to worry about getting spammed. Also, I will NEVER share your information with anyone else. Go ahead, join the conversation today
Get Started Right Now!
Enter your email below to get started:
SUBMIT
We never share your details

×
[bookly-form category_id="1" staff_member_id="1"]
You can now book your guitar lessons with me online. Seriously! No credit card or pre-payment needed. Just choose a day and time, enter your info and you are pretty much set. I’ll even text you a couple of days before your lesson to remind you about it. It’s that easy! Go ahead, book a lesson and let’s play some music together
BOOK YOUR GUITAR LESSON ONLINE 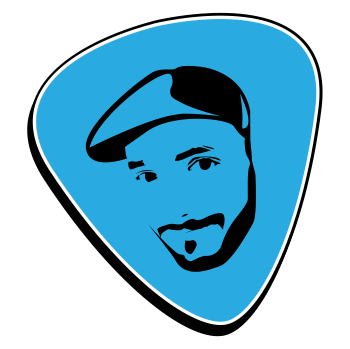 ×
PGlmcmFtZSBzcmM9Imh0dHBzOi8vYXBwLmFjdWl0eXNjaGVkdWxpbmcuY29tL3NjaGVkdWxlLnBocD9vd25lcj0xMjcxMjE0OSZhcHBvaW50bWVudFR5cGVbXT0xOTc5OTQ3JmFwcG9pbnRtZW50VHlwZVtdPTQ1NTM1NTkiIHdpZHRoPSIxMDAlIiBoZWlnaHQ9IjgwMCIgZnJhbWVCb3JkZXI9IjAiPjwvaWZyYW1lPg0KPHNjcmlwdCBzcmM9Imh0dHBzOi8vZDNneHk3bm04eTR5anIuY2xvdWRmcm9udC5uZXQvanMvZW1iZWQuanMiIHR5cGU9InRleHQvamF2YXNjcmlwdCI+PC9zY3JpcHQ+
You can now book your guitar lessons with us online. Seriously! Just choose a day and time, enter your info and you are pretty much set. We’ll even text you a couple of days before your lesson to remind you about it. It’s that easy! Go ahead, book a lesson and let’s play some music together
BOOK YOUR GUITAR LESSONS ONLINE